Powerless In The Entertainment Capitol of the World

“No running in the Pool Area!” Gilbert the barista calls out to the young woman running toward me at the back of this Starbucks, her two girlfriends walking, giggling behind her. I ask them if they’re here because of the power outage. They say no, but that apparently it’s out in places all over the city after the wind storm.

I was thinking about the 64,999 other people who are without power along with me here in the San Fernando Valley.

The “Valley”, for those not familiar with Los Angeles is the large metropolitan area inland and over the “hill” from Hollywood and the ocean. It contains Beautiful Downtown Burbank, the place that Johnny Carson used to make fun of on his show. I always remember his Art Fern character, describing with a freeway chart of LA that looked like spaghetti. He used that to show how to get to his store. 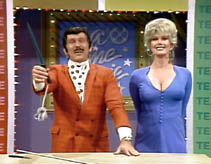 Johnny’s rendering of Hollywood, Los Angeles, and the whole television and movie world was how we all viewed this place where I now live – it’s stayed with me all these years. It seemed like such a surreal world watching and hearing about it on Carson’s show, us living back in the Midwest. Funny thing is, the reality turns out to be no different now that I’m here living in the middle of it all.

I will tell of how I came to end up in Los Angeles in another post. That’s a story, too…

I’m wondering how old they are, the three girls. They gather at the table next to me in the back of the coffeehouse. Only one sits. The others have to stand, they are so distracted by their own brainwaves and hormones.

I’m trying to pay attention to their conversations because I think there may be something for this blog in the broken noodles of their speech. At the same time, I try not to listen. I get the sense that if I listen to them too long it will make me scattered, mushy, and I have an underlying fearfulness for my masculinity.

Then, three guys walk in through the front door and I immediately get the idea they know these girls. No indication, I just feel it. I have no idea how these rough guys could be associated with the giggling girls.

It’s a weird feeling, like there could be a showdown or something. But they don’t look toward the back where we’re at, they just glide in, hands in pockets, cool.

All three have shaved heads and a couple of them have baggy pants. I think, “Gang members.”

NOTE: Here is an admission of a level of ignorance of other cultures and ethnicities, along with being purposefully out of touch with the fads and affectations of teen and early twenties-types. Can only be fixed by extended contact. Must find opportunities for that to happen. END NOTE.

Then I hear whispers from the girls behind me. I look. The girls’ attention is on the guys and so I look back to the guys and they’re coming straight back. Aha! But these guys have fooled me. They act very cordial and respectful – not at all like gang members.

But these guys seem actually quite nice!

They are right next to me and one of the guys says something about the girl who seems to be the center of attention. She is the tallest and has the longest hair – the one who was running back here (Alpha Female?). The guy asks about her birthday, I think.

And I’m sitting here, a party to their conversation. As a guy, though, it bends the mind, what these young women talk about. I can’t track it. Girl Stuff. Now they’re talking about the guys. All sorts of things.

It’s a world I used to be privy to, when I bought all the feminist propaganda and was trying to ingratiate myself with women. Do you remember that? Some of us guys bought all that “being friends with girls” stuff; put down the other guys stuff. All this was always, either consciously or not, with the singular goal of gaining a certain favor from these female “friends”. When Harry Met Sally, with no exceptions. It’s true.

power, lights, hot showers, etc. for going on two months instead of five hours. Would there be massive depression? Where would the young people be on a night like this? Would the girls just stay home and hide their matted and smelly hair? What would those guys look like with full heads of hair?

What would your life be like if due to some major calamity – say a nuclear bomb that takes out all electricity production – large areas of the earth were without power? Can you imagine continuing on with your life with joy and enthusiasm? What would you do to survive?

If sometime later today your life and lifestyle ceased to be, as you knew it, could you quickly adjust to a totally new reality that’s extremely difficult – total survivor mode – and lacking most of the pleasures of materialism you now know? Seriously, God forbid!

What would it take, if anything, for you to turn to God or Jesus or another “higher power” if you don’t already? Interesting thought, hey? Consider it for a moment.

Soon, the guys leave and when I ask, Suzy (her friend spells her name out for me) says that the guys know her boyfriend. I get it. Then I understand that she was running toward the back of the store because she had seen them out on the street.

Has this blog entry made your mind fuzzy, or made you antsy or feel disjointed? That’s what I feel in this coffeehouse tonight with all this going on.

More girls come in and congregate. I have to switch tables.

About This Store at Conclusion